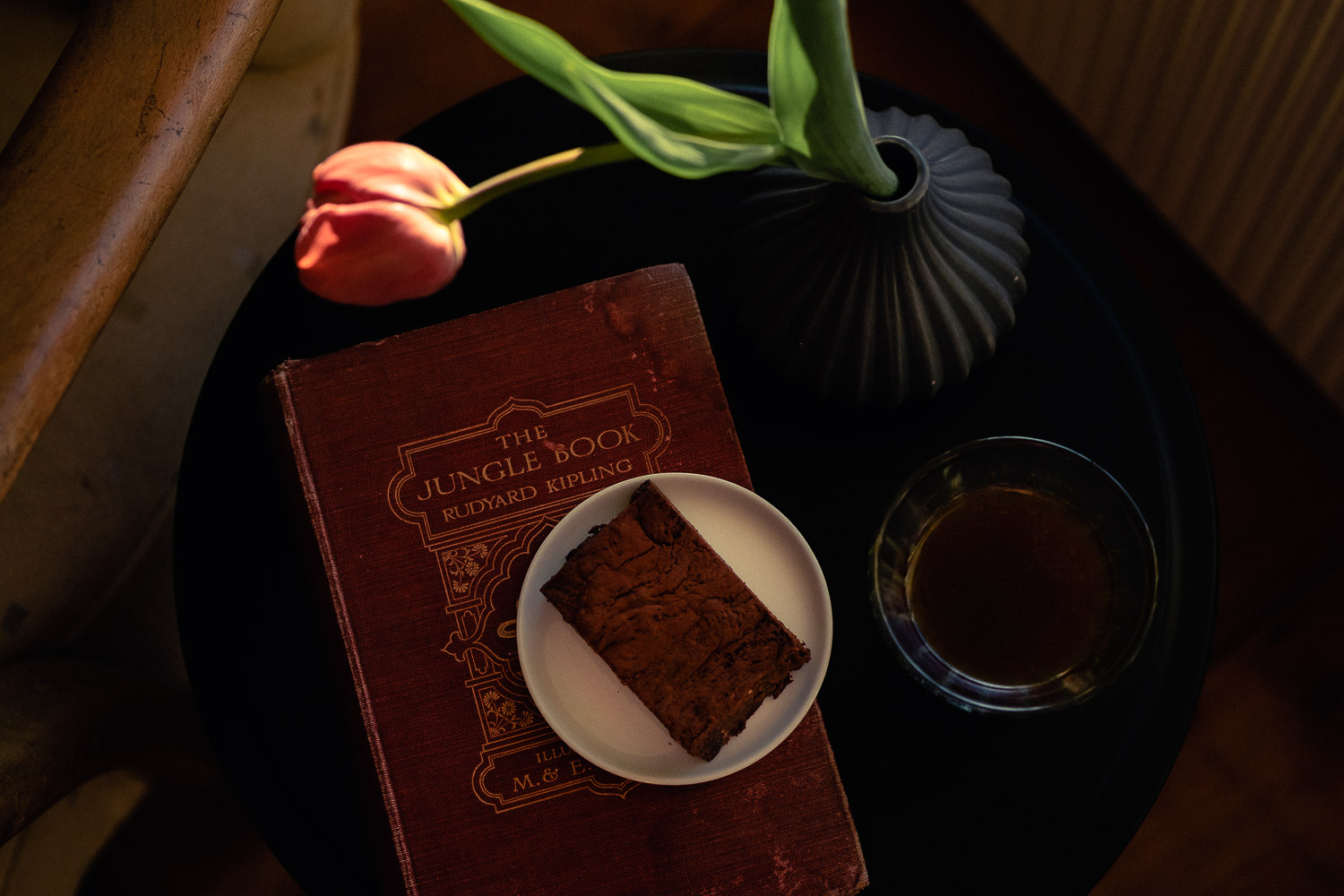 Out of the blue I got this inexplicable craving for brownies. This was quite unexpected for although I absolutely love chocolate, I’m not the biggest fan of anything that uses it as an ingredient. Chances that I pick something with chocolate from a menu or bring home from the bakery are immeasurably slim. And forget about bars covered in a tiny layer of chocolate. No, I’m happiest with just a piece of chocolate. Or the entire tablet.

Anyhow, here I was with this insatiable craving for brownies. Two long weeks I have tried my hardest to ignore this intangible longing, and forget about it altogether. Unfortunately to no avail. So in the end there was nothing I could do than to give in. I know myself well enough to know that a subpar supermarket brownie, or an average version from any other place just wouldn’t cut. Therefore I decided to make one myself. Four years ago I bought a great patisserie book from a bakery in London at a book market in Buenos Aires, so I thought I would find my salvation there. Nothing could be further from the truth. Only a few bites of the final product resulted in an instant headache. After a futile few seconds of debate what was left of the devilish sweet treat found itself in the garbage can. An awfully dissatisfying outcome, so a better – less devilish – brownie just had to be baked. A different recipe, and the daring decision to decrease the amount of sugar by half culminated in this divine creation. I hope you enjoy it. 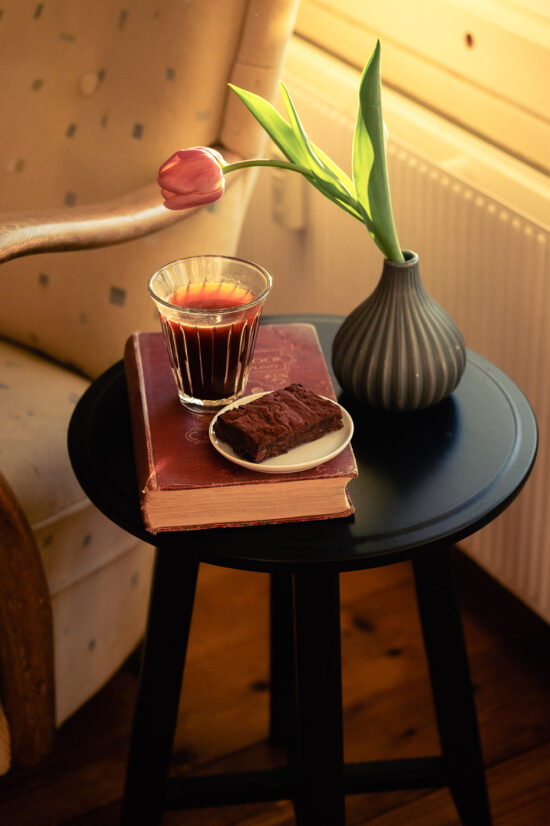 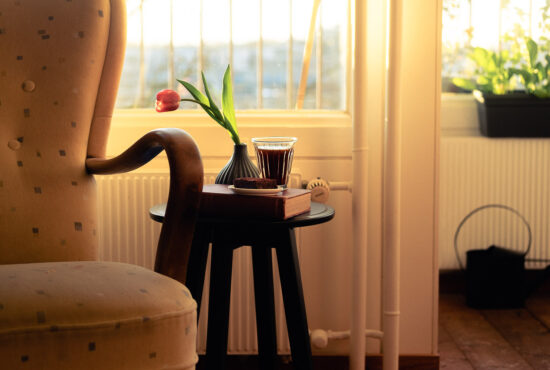 - Preheat the oven to 170 ᵒC fan and line a 33x23x5 cm cake pan with baking paper.
- Then, fill a saucepan about halfway with water, and bring to a simmer. Place the butter and 375 grams of the chopped dark chocolate in a heatproof bowl and set over the saucepan (make sure the bowl doesn't touch the water). Stir until melted, then set aside to cool a little.
- Whisk the eggs and sugar until light and fluffy. Stir in the melted chocolate mixture, then add the flour, what's left of the chopped chocolate, and a pinch of salt. Stir to combine, then spread into the prepared pan.
- Bake for about 20 minutes. The exact time will depend on your oven. In mine it takes closer to 17-18 minutes. You're looking for a just set brownie. It will become firmer while cooling.
- Remove the brownie from the oven, and allow to cool in the cake pan on a cooling rack. Then chill in the fridge for two hours.
- Just before serving, remove the brownie from the pan, cut into 18 pieces, and dust with cacao powder to make them look more pretty. 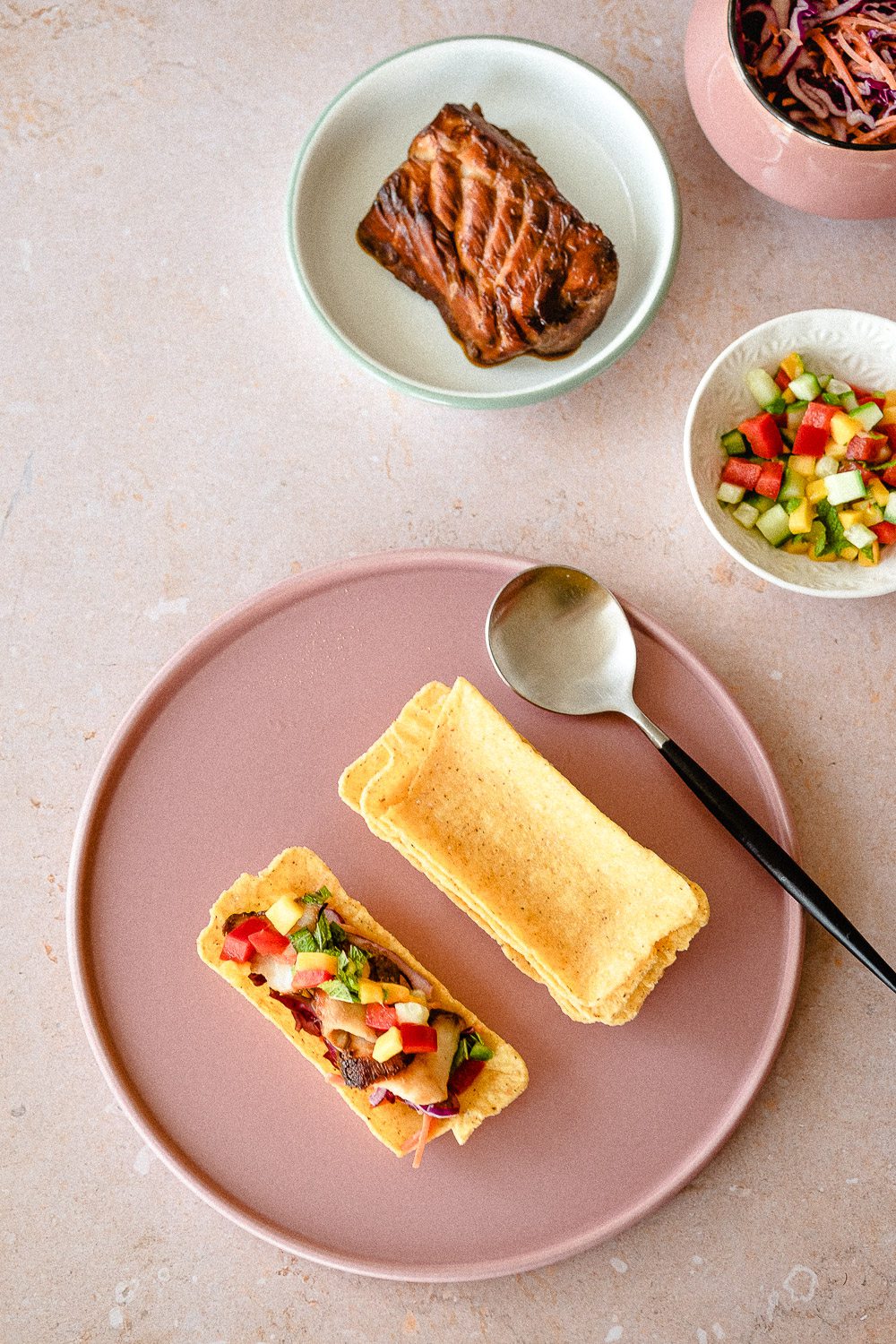