for a crowd
Chipotles en adobo

If I had to name just one person in this world who has an appetite for food it would be Nigella Lawson, aka the domestic goddess. I remember one of her tv series in which every episode ends in a dark kitchen, Nigella in a bathrobe by an open fridge, savouring a couple of bites of whatever leftovers she would find in there. And in another series she enjoys the dishes she’s made with a couple of her friends. I know this has probably been thought up by some clever tv maker, but still. It tells a story. And to me that story is that she unapologeticly loves food. And is not afraid to share it with the world.

I used to have a similar love for food. In my early twenties I cooked countless meals for groups of ten to twenty of my friends at a time. At least once a month. And I loved every minute of it. I would start days in advance, reading cookbooks, marking recipes that would accomodate everybody’s needs and were doable in large quantities on an electric stove. I would shop for groceries at the local Turkish supermarket, mostly for their huge array of spices. If I had the time, I would start in the beginning of the afternoon prepping the vegetables and making the marinades. But a year and a half of crippling pains in my intestinal tract caused by some of my favourite foods made me lose this joy I used to have. Up to a point where I don’t feel like cooking at all anymore. I simply don’t know where to begin.

At the beginning of the summer I met with my dietitian and she noticed I was stuck in this mindset where I could only see the things I’m not allowed to eat. So she suggested to make a list of all the things I can eat and start simple. This exercise helps me to slowly turn things around. One meal at a time. To help me get more creative I started to read my cookbooks again – yes I read cookbooks – and in one of them I found the concept of a recalibrating meal. This is a meal you can turn to when you’re in need of a quick reset. I love the idea of a fallback option when I’m feeling off or don’t know what to cook. Unfortunately, the recipe in the book doesn’t work for me. But I wouldn’t be me if I didn’t come up with my own version of a recalibrating meal inspired by something Nigella made in one of her shows: chilli & lime chicken paired with avocado, sweet potato, coconut yogurt, and iceberg lettuce. In the past couple of months I have made it more times then I can remember.  Just because it’s delicious, simple to make, and easy on my body. But even if you can eat everything in the world, I would recommend you’d give it a try.

Just a quick note at the end: just like the recalibrating meal from the book didn’t work for me, mine might not work for you. Just listen to what your body needs, and go look for one. It’s truly a lifesaver to have something in your repertoire that makes you feel better. 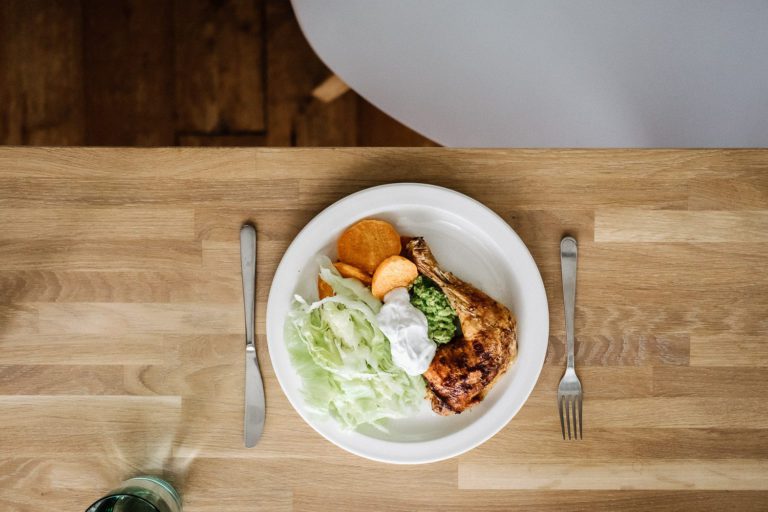 - Find a glass container with a lid that is large enough to fit all four chicken legs. Combine the zest and juice of 1 lime, 1/2tsp chipotle powder, 1tbsp olive oil and 1tsp sea salt in it, add the chicken legs, place the lid on it, and give it a good shake. Let the meat marinate for 45 minutes. But not much longer, otherwise the lime will start cooking the meat. Leave the chicken out of the fridge for better results.
- Preheat the oven to 220°C. Place the chicken in an ovenproof dish, put them in the oven and cook the legs for 60 minutes.
- Peel the sweet potatoes and slice them in 1/2 cm slices. Coat them with 1tbsp olive oil and 1tsp sea salt and spread them out on a baking tray. Place the potatoes in the oven when the chicken has 20 minutes to go.
- While waiting for the chicken and the potatoes, prepare the accompaniments. Smash the avocado, add salt and tabasco to taste and smash some more. Then, combine the coconut yogurt with the lime and a generous amount of salt. And finely shred the iceberg lettuce.
- When ready, take the chicken and sweet potato from the oven. Divide everything over four plates and serve. 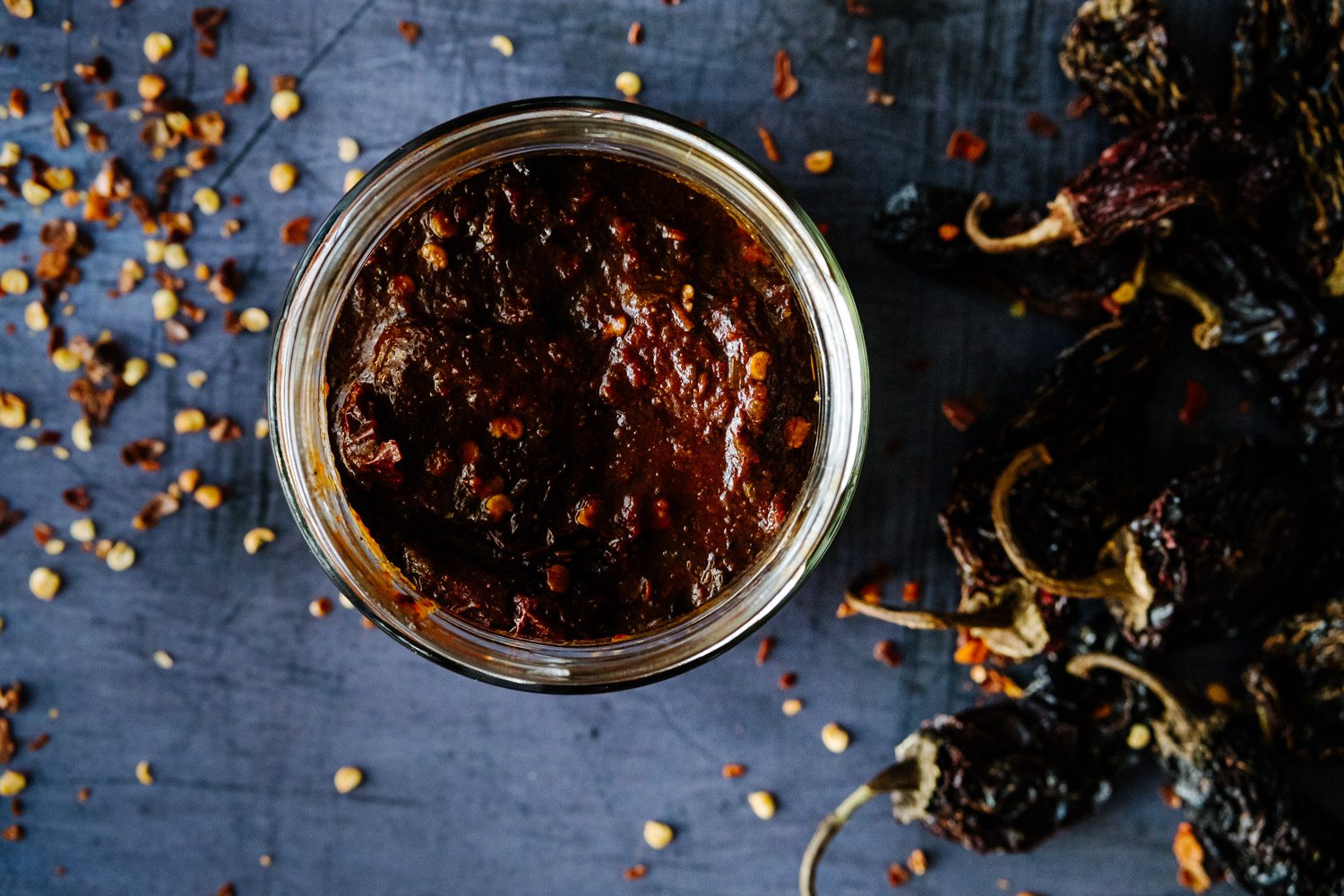